You are using an outdated browser. Please upgrade your browser to improve your experience.
by Dom Esposito
February 6, 2013
Apple has just released iOS 6.1.1 beta to developers. This beta is available for download on Apple's developer website. There aren't many notable changes aside from some updates to the Maps app, but Apple may use iOS 6.1.1 to patch the vulnerabilities used in the Evasi0n jailbreak. Remember, iOS 6.1 was just released a week ago. If we spot anything new, we'll be sure to let you know. Here are the release notes from Apple:

If you're a registered iOS developer, you can download the latest beta here in the iOS Developer Center. 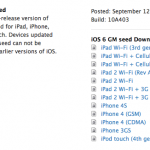 The Golden Master Release Of iOS 6 Is Available Now 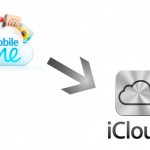 Apple Begins Email Migration From MobileMe To iCloud
Nothing found :(
Try something else