You are using an outdated browser. Please upgrade your browser to improve your experience.
by Dom Esposito
February 7, 2013
On Wednesday, Apple seeded iOS 6.1.1 beta to developers. This beta came only two days after the first iOS 6 untethered jailbreak was released and a week after iOS 6.1 was made available to the public. My first thought was that Apple rushed to release iOS 6.1.1 beta so that it could eventually patch the Evasi0n jailbreak when it’s officially released. According to Pod2g, iOS 6.1.1 beta is still vulnerable to the untethered jailbreak. It's important to note that even though iOS 6.1.1 beta doesn't patch the vulnerabilities, Evasi0n won't allow you to jailbreak a device running the beta software. Pod2g recently tweeted about the situation:

I’m very surprised that Apple didn’t immediately jump on an opportunity to patch these vulnerabilities. Could it be that Tim Cook could care less about jailbreaking? Remember, iOS 6 is the first release under the command of Tim Cook that seems to lack heavy influence from Steve Jobs. Apple may have bigger things to worry about. Maybe Tim Cook doesn’t care to rush out releases just to patch a jailbreak that makes the end user’s experience better. Either way, I was shocked to find out that the jailbreak hadn’t been patched in iOS 6.1.1 beta. Apple may eventually patch these vulnerabilities, but for now, it looks like we’re safe. If you had to make a choice, would you prefer that jailbreaking be accepted by Apple, or would you rather have an open source platform? Source: Twitter Via: iDownloadBlog 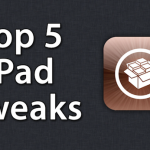 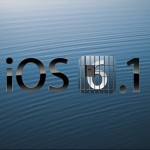 Fixes For Weather App Bug And Reboot Issues In evasi0n Jailbreak Now Available
Nothing found :(
Try something else