You are using an outdated browser. Please upgrade your browser to improve your experience.
by Bryan M. Wolfe
February 20, 2013
A so-called “iPhone mini” is likely to launch later this year and sell for around $199. In doing so, Apple would gain a stronger foothold in the growing lower-end phone market, according to Piper Jaffray’s Gene Munster. As first reported by AppleInsider, Munster concludes that a lower priced iPhone makes sense, especially when you look at the market as a whole.

Why the iPhone 4 is important

Apple’s least expensive handset, the iPhone 4, is still 133 percent more expensive than the global average for a low-end smartphone. In China and India, where the iPhone mini would be heavily promoted, the iPhone 4 sells for an average of 265 percent more than other low-cost phones. In other words, Apple “is only skimming the top of the market." As a result, Munster contends that, “this low-end segment is important given we estimate it is a $135B market in 2013 that Apple is currently not participating in." Munster believes that the iPhone mini will launch in the September quarter and result in sales of around 37 million units over the remainder of 2013. In 2014, that number could jump to around 96 million units. Munster sees 2015 sales totaling at least 170 million units. Earlier this week, Morgan Stanley analyst Katy Huberty said that a less expensive iPhone would add another 20 percent to the 10 percent Chinese market currently enjoyed by the iPhone 5. As such, she concluded that Apple has no choice but to release such a product in China, sooner rather than later. Huberty, however, believes that Apple would price the iPhone at around $330, not at Munster's price point of $199.

Were Apple to release a less expensive iPhone, some questions will need to be answered. For one, we don't yet know whether the phone will launch everywhere, or just in developing countries. For another, how would this affect Apple's current strategy of discounting older iPhone models each time a newer model is released? Finally, what features would be excluded on the less expensive iPhone model versus the company's flagship handset? As usual, we'll keep you updated.

Lather, Rinse And Repeat: The Reason For An 'iPhone mini' Begins And Ends With China 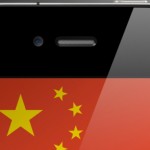 New Data Shows Why China Is Such An Important Market For Apple
Nothing found :(
Try something else