You are using an outdated browser. Please upgrade your browser to improve your experience.
by Bryan M. Wolfe
February 22, 2013
Since November, AT&T, Sprint, and Verizon Wireless have shared the serial numbers of stolen phones through a national registry. When someone attempts to activate one of these phones, the serial number will automatically show up as belonging to a stolen phone. Hence, the phones cannot work here. Unfortunately, this is unlikely to thwart thieves, according to Bloomberg Businessweek. In its present form, the national registry is just that, national. Therefore, phones stolen here will still work elsewhere. As a result, the black market for stolen phones is growing, especially in Africa and China. Criminals know this, according to Washington, D.C., Police Chief Cathy Lanier, who states:

That completely voids the blacklist we worked a year and half to put in place. The new entrepreneurs … have created new challenges for us.

Unfortunately, thieves appear to be getting some help moving stolen merchandise between the U.S. and elsewhere. A Gamestop store in Grapevine, Texas, for example, is being accused of buying stolen phones. According to a spokesperson, however, they are now cooperating with police. Amazon has also been accused of reselling stolen phones as recently as December. While phone thieves may have the upper hand for now, that could eventually change. The Federal Communications Commission is said to be in the early stages of helping to crack down on the black market overseas. In addition, the agency has recently signed an agreement with Mexico so that stolen serial numbers are shared there. Agreements with other nations are being pursued. Lanier says that a stolen phone can go for as high as $400 on the black market. Image: iOSVLog 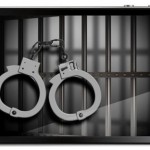 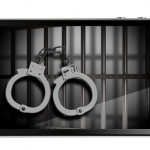 Apple Retail Store Robbed By Employee
Nothing found :(
Try something else