You are using an outdated browser. Please upgrade your browser to improve your experience.
by Lory Gil
February 6, 2013
The development team at Phosphor Games Studio is on a mission to finally create the game they wanted to make when they were nobodies at Midway Games. The successful startup took the concept for “Hero” and turned it into a massive adventure game that needs a substantial amount of funding to get made. Project Awakened is unique for its ability to allow gamers to create and define their character. The action will react to each person’s individual gameplay style and character creation. Using Unreal Engine 4 as its base, the triple A action game will allow users to experience challenges that are unlike anything currently available.

“Project Awakened is without a doubt the game we’ve always dreamed of making as developers and playing as gamers,” said Chip Sineni, Phosphor Games Studio Director.  “We realize how challenging this game is to make, but we have the ability and technology with the Unreal Engine 4 to deliver it.  Project Awakened is a game that virtually every publisher loved, but was afraid to make, so we are taking our idea to core gamers through Kickstarter and asking the community to become our publisher.” 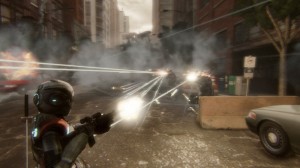 The Phosphor team tried to get the game produced the old-fashioned way. They pitched their idea to every major publisher, only to be shot down because the game’s concept was too unknown. That is why they turned to Kickstarter for help. The developers believe that the risk is not too high. They believe that gamers want something new and innovative, instead of a third or fourth release of the same title (with zombies). The Kickstarter campaign started on Feb. 4 and generated 1,000 backers on the first day. Project Awakened is far from its $500,000 goal, but with the unprecedented level of support, we are sure to see a final cut of it. The pledge total increased by more than $1,000 while I was writing this post. The game is sure to be funded. For $25 ($20 for early bird backers) you will get a digital download of Project Awakened, access to the closed beta in August of 2014, and a few added goodies to tide you over until the game’s launch. The more you spend the more you get. At the $250 pledge level, you’ll get to record your own in-game “taunt,” plus a bunch of swag and two extra copies of the game. At the founder level, backers will see such bonus items as a signed book of the game’s artwork, their face as a preset character, a framed print of the concept art, and a whole lot more. Check out the Kickstarter Campaign for Project Awakened and pledge what you can to see this innovative game come to life. 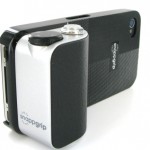 The SnappGrip Will Turn Your iPhone Into A Point-And-Shoot Camera
Nothing found :(
Try something else