You are using an outdated browser. Please upgrade your browser to improve your experience.
by Bryan M. Wolfe
February 28, 2013
Fortune is out with their annual list of the world’s most admired companies. For the sixth year in a row, Apple took the top spot. More surprisingly, the top 13 companies this year were based in the U.S. The top five following Apple are Google, Amazon, Coca-Cola, and Starbucks. The first non-American company on the list is BMW, which took the No. 14 spot. Samsung Electrics is No. 35. Of Apple, Fortune states:

Apple has had a rough time lately with its stock price in a free fall and the widely publicized failure of its Maps feature. However, it remains a financial juggernaut, posting $13 billion in net income last quarter, making it the most profitable company in the world during that period. The company has its fanatical customer base, and it still refuses to compete on price, making the iconic iPhone and iPad products that are still widely seen as prestige devices.

To come up with their annual list, Fortune and the Hay Group start with a list of 1,400 companies each with revenue of $10 billion or more. The rankings are based on information obtained from 3,800 respondents who are asked to select the 10 companies that they admire the most. The last company to rank No. 1 not named Apple was General Electric in 2007. That year, Apple ranked No. 7. 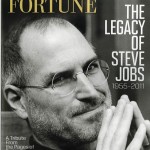 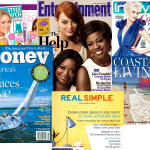 Entertainment Weekly, InStyle Among 17 New Magazines Coming To iPad
Nothing found :(
Try something else