You are using an outdated browser. Please upgrade your browser to improve your experience.
by Juli Clover
February 23, 2013
Fiz is a brewery management simulation game where the idea is to make and market your own beer. As a huge fan of simulation games like Game Dev Story, I’m super excited to play Fiz. As with any simulation, in Fiz, you’re in charge of creating a thriving brewery by hiring employees, upgrading equipment, discovering recipes, and overseeing the day to day business of beer creation. The game developers describe Fiz as “Lemonade Stand for the Apple II, but instead of selling lemonade, you sell beer.” 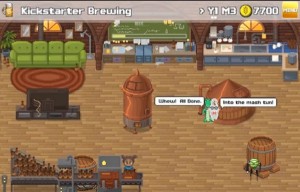 Recipes in the game have been inspired by real beer recipes, which should delight beer connoisseurs. The creators have designed the game with 16-bit graphics, similar to titles from the SNES era, and it looks fantastic. 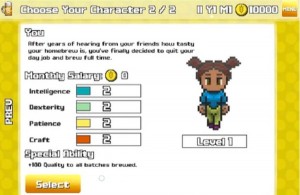 Though backing the game will not give you access to the title when it is released on the App Store (it will retail for $1.99), contributing money to the campaign will reward you with special in game items. At the lowest tier of $3, you will receive a promo code for a digital gift bag of ingredients and recipes. At $7, you will receive the same recipes along with in game currency, and starting at $23, you can get access to special character suits. If you contribute $65, you can get several in-game unlocks, a real Fiz T-shirt, and a package of coasters. There are additional tiers if you want to contribute more. To back Fiz: The Brewery Management Game, visit the project’s Kickstarter page.
Nothing found :(
Try something else