You are using an outdated browser. Please upgrade your browser to improve your experience.
by Juli Clover
February 11, 2013
Are you disappointed with the versatility of your iPhone case? Have you always wished it could do more? If so, the Magic Case just might be for you. This case, which can be found on Indiegogo, promises to fulfill a wide range of functions. Here’s what it can do:   Unfortunately, what the Magic Case has in utility, it lacks in style. While the creator compares it to a Swiss Army Knife, I think we can all agree that those utility knives possess a certain amount of panache, with their sleek designs and shiny red exteriors. http://www.youtube.com/watch?v=Q_jQncG-nMM The Magic Case may perform quite a few functions, but it’s oversized, bulky, and let’s be honest - downright unattractive. That fold over cover with the cutout holes for the time and the slide bar is unwieldy and has limited functionality. There’s a reason Apple has never created a Smart Cover for the iPhone, folks. Don’t get me wrong. I appreciate utility as much as anyone, but not at the cost of design. Our iPhone 5s weigh 3.95 ounces, and the Magic Case adds another 1.3 ounces, not to mention it nearly doubles the thickness of the phone. And for all that bulk, the darn thing doesn’t even julienne fries. The Magic Case is an Indiegogo project. It is currently at $553 of $50,000, with over a month left to go. You can get your hands on a Magic Case (either for the iPhone 5 or the iPhone 4/4S) for $19, with an estimated delivery of May 2013. 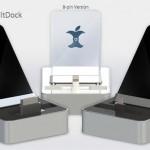 Introducing The CrystalCore TiltDock For Every Mobile Device In Your Life 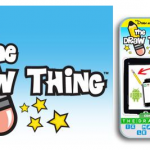 Love Draw Something? Then Be A Backer Of The Draw Thing
Nothing found :(
Try something else