You are using an outdated browser. Please upgrade your browser to improve your experience.
by Juli Clover
March 1, 2013
The site that tears apart electronic devices, iFixit, released its Tablet Reparability list today. Unsurprisingly, Apple was ranked towards the bottom of the group, because of the low reparability scores it has received for its tablets. iFixit ranked tablets based on the ease of opening the device, fasteners used, upgradability, and the complexity of replacing components. Back in November, iFixit took apart the iPad mini, giving it a repairability score of 2 out of 10, due to an excessive use of adhesive and hidden screws. The third generation iPad received a similar score, again due to the adhesive that secures the glass of the display panel to the case. In fact, all of Apple’s iPads, from the iPad 2 to the fourth generation iPad, have received a repairability score of 2, namely because of that darn adhesive along with a high probability of cracking the glass when trying to disassemble the tablet. The original iPad managed to score a 6 because it used clips to hold the display in place, and it had an LCD that wasn't fused to the glass. Only Microsoft’s Surface Pro was ranked lower than Apple’s products, mainly because of the position of the display cables. Opening up the Surface Pro carries a high risk of severing a delicate cable, though the Pro was cited for its use of adhesive as well. Amazon’s Kindle Fire received one of the highest repairability scores at 8 out of 10, since it uses a simple design with standard Phillips screws. Dell’s XPS 10 scored highest of all, thanks to labeled cables and color coded screws. A low repairability score seems to be the cost of a thin, light tablet. Personally, I’d rather have my ultra portable but impossible-to-repair iPad mini over the clunkier Amazon Kindle Fire or the Dell XPS 10. 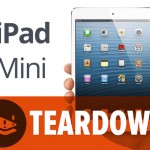 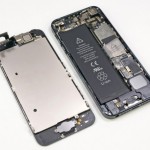 The iPhone 5 Gets Torn Apart By iFixit
Nothing found :(
Try something else