You are using an outdated browser. Please upgrade your browser to improve your experience.
by Bryan M. Wolfe
February 11, 2013
For the second time in as many years, Apple CEO Tim Cook will speak at the Goldman Sachs Technology and Internet Conference. This year’s conference is scheduled to begin tomorrow, Feb. 12, according to TechCrunch. It isn’t often when an Apple CEO speaks in public. When they do, it often makes news. In 2012, for example, Cook used his address at the conference to discuss the tablet market, Apple’s growth, and the company’s worker responsibility policies. Specifically, Cook suggested that expanding his company’s products into China, Brazil, and other locations was very important moving forward. Recent rumors suggest that Apple will release a less expensive iPhone for these developing areas later this year. The Apple CEO also addressed the conference in 2010 when he was the company's COO. Cook’s address will begin at 7:15 a.m. PST. Source: TechCrunch 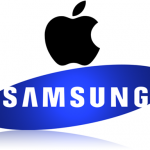 If It Were Up To Tim Cook, Apple Wouldn't Have Sued Samsung In The First Place 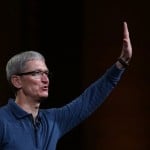