You are using an outdated browser. Please upgrade your browser to improve your experience.
by Juli Clover
March 12, 2013
The Lomography Smartphone Scanner began as a Kickstarter project that raised more than $250,000 in February. It is a scanner that connects to your phone to instantly scan and share 35mm film, which is a super neat concept. Traditionally, scanning film requires a standalone scanner or a flatbed scanner with a special attachment, two options that can be cost prohibitive. The Lomography Scanner uses just a phone and it’s incredibly affordable at $59. 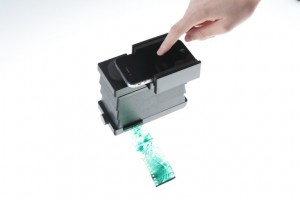 The scanner itself has a direct light panel to cast light over film, which is then transferred to your phone using an accompanying app and the iPhone’s camera. With the app you can morph scan film, morph negative scans into positives and stitch together panoramas. The scanner also works with existing photography apps like Camera+. Lomography’s Smartphone Scanner is compatible with all 35mm films, including color negatives, color slides, and black and white films. It’s also compatible with all models of the iPhone for added convenience. This new scanning option is perfect for those of you who prefer to shoot photos with traditional film cameras because it offers a way to easily share pictures on social networks. It’s also great if you want to preserve memories and capture old film digitally. I don’t know about you, but I have boxes of old family negatives lurking about in the garage. You can get your own Lomography Smartphone Film Scanner from the Lomography website.

Camera+
tap tap tap
Nothing found :(
Try something else