You are using an outdated browser. Please upgrade your browser to improve your experience.
by Bryan M. Wolfe
March 7, 2013
Industry sources have indicated that Apple is significantly cutting iPad sales forecasts for the rest of 2013. By contrast, Cupertino is increasing sales forecasts for the less expensive iPad mini. According to the DigiTimes, Apple has adjusted shipment estimates for the 9.7-inch iPad from 60 million units to just 33 million. At the same time, iPad mini sales forecasts have jumped from 40 million to 55 million units. This means that Apple is anticipating total iPad sales to total 88 million units in 2013, which is down 12 million units from a previous forecast. It is important to note that these numbers have not been verified by Apple. However, if they are correct and come to fruition, they would represent a significant shift in tablet preferences by consumers. For Apple, a shift this radical wouldn’t be great news, at least in the short-term. The iPad mini has a much smaller profit margin than the full-sized iPad. However, as Business Insider rightly suggests, this is better than the alternative:

No iPad Mini and people buy small tablets from Amazon, Google, or Samsung. In that case Apple gets zero dollars and forfeits the tablet market it created.

See also: Despite Sales Gains, Apple Continues To Lose Tablet Market Share, and Just The iPad Would Be The 11th Largest Tech Company In America. 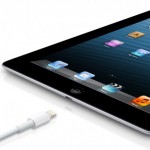 Tim Cook’s Words, Not Apple’s Numbers Could Be Most Important This Week
Nothing found :(
Try something else