You are using an outdated browser. Please upgrade your browser to improve your experience.
by Bryan M. Wolfe
March 8, 2013
Apple is the proud new owner of the “AuthenTec” and “KeepSafe”registered trademarks, according to Patently Apple. Apple acquired AuthenTech in July 2012. The company is known for their fingerprint technology for iDevice security and/or e-commerce. This technology is likely to arrive in future iOS devices, which we have discussed in the past. The “KeepSafe” trademark was once associated with biometrics or fingerprint technology “as was adopted by HP for notebook based fingerprint scanning.” As part of their trademark application for “KeepSafe,” Apple offered a screenshot of a page from AuthenTech’s website. Although the page is now gone, the text from the page remains. It states:

KeepSafe is an additional fingerprint enabled software application purchased from AuthenTec Store. KeepSafe allows you to encrypt your files in a protected folder. The folder can be shown on your Desktop or in Computer. This folder will not be visible for other users sharing the computer.

It will be interesting to see whether the KeepSafe technology mentioned here makes its way into future Apple products. As usual, we'll keep you updated. 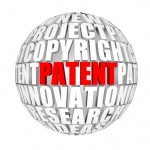 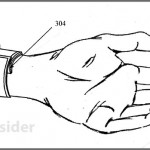 Apple's iWatch May Have Just Been Uncovered
Nothing found :(
Try something else