You are using an outdated browser. Please upgrade your browser to improve your experience.
by Lory Gil
April 9, 2013
We’ve been working hard to keep up on all of the news and rumors regarding Apple’s next generation of iPhone. Only a few weeks ago, RBC Capital Markets analyst Amit Daryanani said he expected to see a low-end model this year that features a 4-inch screen with a plastic shell. Today, another analyst is claiming to have knowledge of an iPhone model that breaks from tradition. This time, it will come in multiple sizes. According to AppleInsider, analyst Brian White of Topeka Capital Markets told investors to expect multiple screen sizes with Apple’s upcoming product launch. White claims to have been in a meeting with “a company in Apple’s supply chain,” and reported that the next generation of iPhone could come in three different sizes. "We believe Apple is coming around to the fact that one size per iPhone release does not work for everyone and offering consumers an option has the potential to expand the company's market share," he said. White is the same analyst that recently predicted Apple’s iRing and iPad-like controller for an as-yet-unconfirmed television set. This prediction seems to be just as farfetched as the wearable computer rumors. It won’t be long before we know whether White is a fortune-teller, or simply trying to get some attention. His report also includes a prediction that Apple will launch the three sizes of iPhone devices in July. 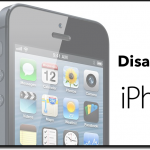 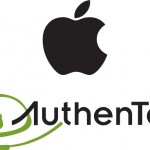 New Apple Job Listing Suggests Fingerprint Technology Is Coming To The Next iPhone
Nothing found :(
Try something else