You are using an outdated browser. Please upgrade your browser to improve your experience.
by Bryan M. Wolfe
April 11, 2013
Apple had been extremely quiet about their plans for 2013. However, with the annual Worldwide Developers Conference just weeks away, some details seem to be leaking out. Morgan Stanley analyst Katy Huberty believes that Cupertino is working on new Internet-based services, plus a “killer app.” She bases this on her recent meeting with Apple management, according to AppleInsider. Huberty suggests that Apple is likely to unveil a new type of Internet service such as streaming music, or a mobile payment system. Additionally, Eddy Cue, Apple’s vice president of Internet software and service, is believed to be working on other new initiatives. He is also likely to be putting the finishing touches on new versions of iCloud and iOS Maps. She states:

We believe Apple could charge either developers or users for some of these services, which could boost Apple’s annualized revenue stream and better monetize its large user base. For example, Apple could offer a streaming music service using a freemium model.

Freemium apps and services are those that are free to use. However, unlocking additional functionality requires a purchase. This sounds a lot like Apple’s long-rumored iRadio service, no? The “killer app,” according to Huberty, would be “akin to Siri for the iPhone 4S.” Most likely, the app would have something to do with mobile payments, and “help drive iPhone 5S sales in lieu of a design overhaul.” Nothing here is new or surprising. We’ve heard rumors about iRadio for a while now. In addition, it has long been assumed that the next iPhone could include near field communication (NFC) functionality. Nonetheless, Huberty’s comments are important. After all, they come after her meeting with members of the Apple team. WWDC 2013 is likely to be held in June. At that time, Apple will likely unveil iOS 7, and the next iPhone. Stay with AppAdvice for the latest WWDC news, and rumors. In the meantime, see: We Will Probably Still See iOS 7 In June, But The Next iPhone Is Another Story. 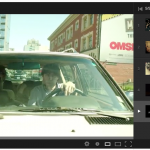 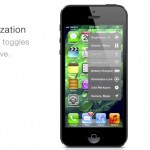