You are using an outdated browser. Please upgrade your browser to improve your experience.
by Bryan M. Wolfe
April 4, 2013
Just days after Apple CEO Tim Cook apologized to China over warranty “misunderstandings” in an attempt to quiet growing governmental criticism there, Cupertino has pulled an e-book app from the Chinese App Store. Developer Hao Peiqiang was told by Apple that his Jingdian Shucheng app was pulled because it included “content that is illegal in China.” However, this was news to Mr. Hao, according to The Financial Times. For two months, Jingdian Shucheng was allowed in the Chinese App Store. Then Mr. Hao received an email from Apple stating that it was pulled. Cupertino didn’t specify what content suddenly made the app illegal. However, the developer believes it was three books he offered by Wang Lixiong, a Chinese writer whose works are mostly banned in China. According to Mr. Hao:

Friends of mine tell me that Apple has had a censorship policy in place for at least two years so I’m not sure if my app’s removal has anything to do with Apple’s recent trouble. But the app has been operating normally for the last two months until now without any problems.

Jingdian Shucheng, which includes 10 e-book titles, remains available in other app stores. Earlier this week, Cook went to great lengths to apologize to Chinese customers. This was the result of weeks of criticism of Apple by the Chinese government over “perceived arrogance.” Both moves suggest that Apple has decided to go out of their way to improve their relationship with the Chinese government. Of course, this can be viewed a number of different ways. For one, it is certainly in Apple’s best interest to make Beijing happy. Forcing the government’s hand could make it more difficult for Apple to compete in the nation with the world's fastest growing consumer market. However, censoring content that remains available elsewhere, could become a public relations problem for Apple in the U.S., and in other countries. I’m not about to question any of Apple’s moves as they relate to China, at least for now. I trust that Cook and company understand the pitfalls of doing business in China, and are doing their best to find measured solutions. In the meantime, Apple isn't the only company from the West that has had to deal with the communist government in China. Skype, Google, and others have also had to deal with Chinese restrictions in order to compete. As usual, we'll keep you updated. In the meantime, what's your opinion of Apple's latest moves in China? 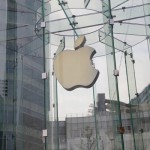 Shanghai Animation Film Studio Suing Apple In China
Nothing found :(
Try something else