You are using an outdated browser. Please upgrade your browser to improve your experience.
by Bryan M. Wolfe
April 19, 2013
Fitbug is suing Fitbit alleging trademark infringement. Both companies make exercise-based accessories that work with iPhone apps. These include the Fitbug Orb and Fitbug Air, and the Fitbit Zip and Fitbit One. The Fitbit Flex launches later this year. According to the complaint, which we received from Fitbug's PR firm, Fitbit has caused irreparable harm, and damage to the company. As a result, Fitbug has asked the court to order Fitbit to permanently cease the use of the Fitbit mark. Fitbug also wants Fitbit to stop engaging in conduct that is causing confusion with Fitbug’s brand, and services. The company began using its trademark "Fitbug" in the U.S. starting in 2005, and owns two U.S. registrations for its mark. These registrations cover Fitbug's pedometers, the online services that Fitbug provides to consumers, and software used in connection with the assessment and monitoring of users' fitness and training programs. Fitbit began operations in the U.S. in 2008 when they released the Fitbit Classic. The complaint goes on that from the start, Fitbit’s activities “have created and fostered the false impression that the goods and services it sells in connection with the Fitbit mark originate from, are affiliated with, or are approved by Fitbug, and that the resulting confusion caused by the nearly identical names, marks and services is damaging Fitbug's business.” The lawsuit was filed in United States District Court in Northern California on March 29. Fitbug is based in London, and operates in the U.S. from their office in Chicago. Fitbit has yet to respond to the allegations. 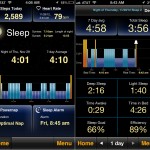 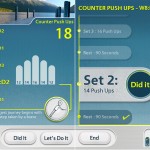 ClearSky Launches PushUps, Another Goodie For Your Digital Fitness Bag
Nothing found :(
Try something else