You are using an outdated browser. Please upgrade your browser to improve your experience.
by Bryan M. Wolfe
April 8, 2013
Former Rutgers Athletic Director Tim Pernetti has received a significant compensation package for exiting the school. Pernetti, who resigned after men’s basketball coach Mike Rice was fired for shoving players and berating them, will receive $1.2 million and other goodies, according to ABC News. Under an agreement, Pernetti will receive his base salary of $453,000 per year through June 2014, plus a one-time payment of $679,500 in May. He also gets a $12,000 per year car allowance through June 2014, and health insurance and pension payments through October 2015. Pernetti also gets to keep his school-issued iPad, and laptop computer. Rice, meanwhile, will receive just over $1 million, plus a $100,000 bonus. No word on whether Rice got to keep his iPad. So let me get this straight. Rice was fired for yelling obscenities at college students. Because he knew about this previously, Pernetti was subsequently shown the door. And at least one of them gets a free iPad. Yeah, this sounds about right. Meanwhile, most of us are living on far less than $1.2 million, and have to pay for our own iPads. Only in America, my friends. Here is another take on the Rutgers scandal, courtesy of "Saturday Night Live." 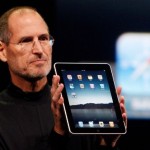 Even As It Celebrates Its Third Birthday, The iPad Is Still Doomed Say The Skeptics