You are using an outdated browser. Please upgrade your browser to improve your experience.
by Bryan M. Wolfe
April 16, 2013
Microsoft’s top mobile-phone executive doesn’t much like the products the competition is offering. Terry Myerson considers Apple’s iOS “boring,” and Google’s Android “a mess,” according to Bloomberg Businessweek. However, this isn’t a post bashing a Microsoft executive for criticizing Apple. Rather, I think that the guy’s comments are right on, and address issues that many of us have about both iOS and Android. Myerson, who serves as Microsoft’s vice president of the Windows Phone division, says that Android is a mess because there are “too many different versions of the operating software in use.” This is certainly true, as most Android device owners will tell you. And yes, iOS is boring, when you put Myerson’s comments into context. His beef isn’t with iOS as a whole. Rather, he criticized the operating system’s recently used apps feature. Available by double-clicking on the iOS device’s home bottom, this feature serves very few purposes in its present form. Besides helping a user close active programs, the feature can also be used to start music or change the brightness on the device. However, as the popular jailbreak tweak Auxo has proven, there is so much more Apple could do with this feature and hasn’t. Hopefully, iOS 7 will change this. Myerson’s statements, of course, were coupled with praise for the product that he represents. Calling Windows Phone a more exciting and smoother experience, the executive was celebrating the recent rise of user support for the operating system. In the fourth quarter, Windows Phone’s share of the market jumped from 1.5 percent to 2.6 percent. By contrast, Android stood at 70 percent, while Apple's share was 21 percent. Note: these are worldwide numbers. Indeed, Microsoft has a long way to go. 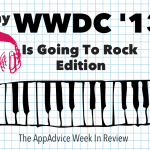