You are using an outdated browser. Please upgrade your browser to improve your experience.
by Bryan M. Wolfe
April 25, 2013
A newly released Apple patent application could make future MacBooks thinner. The patent for an “in-plane keyboard illumination system,” was published today, April 25, by the U.S. Patent and Trademark Office. According to Apple's application, this product uses “alternative keyboard lighting arrangements that utilize illumination sources in the same plane as the keyboard keys, with the light therefrom being delivered to illuminate the keys by way of light pipes located within or alongside a webbed structure that runs between the keys.” They add:

This type of keyboard is said to be usable on a personal device, laptop, or similar device. Apple credits Peter Mahowald, Patrick Kessler, and Harold Welch as the inventors of this patent application which was first filed in December. 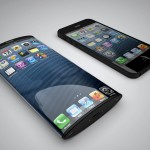 What Would A Wraparound iPhone Display Look Like? We're Hoping Like This
Nothing found :(
Try something else