You are using an outdated browser. Please upgrade your browser to improve your experience.
by Bryan M. Wolfe
April 1, 2013
Slitherine and Games Workshop have announced a deal to produce a strategy video game set in the Warhammer 40,000 universe. Beyond making the announcement, however, neither company has provided information on the actual game, including its title. According to JD McNeil, chairman of the Slitherine Group:

The Warhammer 40,000 setting is a perfect fit for the style of strategy games that we make and will be very popular with fantasy and science fiction fans alike. Joining forces with Games Workshop will allow us to bring an wonderfully deep and appropriate IP to the Turn Based Strategy genre.

Slitherine are clearly established and successful masters of their genre of games, and there are many fans of their work here at GW. It’s a pleasure to work with such like minded individuals who share our passion for strategy games of all types.

The announcement of the new game follows two other recently announced Warhammer 40,000 projects. These include Full Control’s Space Hulk, and an unnamed fantasy strategy game by Rodeo Games and Full Control. Warhammer 40,000 first launched in 1987 as a miniature wargame produced by Games Workshop. Since then, five sequels have been released. 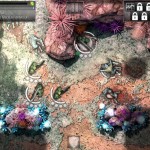 Hunters 2 Available Now
Nothing found :(
Try something else