You are using an outdated browser. Please upgrade your browser to improve your experience.
by Bryan M. Wolfe
April 1, 2013
Speck is tired of seeing their cases counterfeited. As such, the company recently filed a lawsuit against Utah-based Katinkas USA, according to AllThingsD. In a suit filed in the Central District of California, Speck accuses Katinkas and their CEO of copyright and trademark infringement, unfair business practices, and other claims. As compensation, Speck wants to be awarded injunctions, as well as millions in compensation. According to Speck CEO Irene Baran:

Counterfeiting is a very big problem in the accessories market. We’re going to go after this. It’s illegal and it hurts us companies and there’s a lot of it going on.

The lawsuit states that Katinkas offers the counterfeit products on Amazon. To date, Katinkas products remain on Amazon.

Baran said that Speck has been able to spot and seize counterfeit goods in the past, but said this is the first time it has been able to track down a major distributor of the goods. The company hopes to work with its rival accessory makers to crack down on such operations.

Speck offers a full line of cases for the iPhone, iPad, and iPad mini. They also make cases for other products, including the Samsung Galaxy S IV. 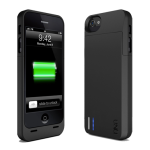 CES 2013: Double Your Battery Life With The uNu iPhone 5 Battery Case
Nothing found :(
Try something else