You are using an outdated browser. Please upgrade your browser to improve your experience.
by Bryan M. Wolfe
April 9, 2013
It's a revolution that has been years in the making. Cable’s stranglehold on Hollywood looks less secure than at any time in the history of the medium. The result is that 2013 could finally be the year when TV Everywhere finally becomes a reality, at least in a larger way than before.

Ever since mobile devices began catching on with consumers, the entertainment industry has been trying to find a way to generate revenue in the new medium. This concept, called TV Everywhere, has primarily focused on tying online and mobile content to existing cable and satellite subscriptions. However, times are changing. While cable is still the dominant method of TV viewing, streaming is gaining in popularity.  A June 2012 survey, for example, found that 79 percent of Internet users still maintain a cable subscription. At the same time, however, over half of respondents said that they also use mobile devices to catch up on their favorite television shows. More worrisome to Hollywood is that audience ratings continue to fall at the traditional broadcast networks. They are down nearly 50 percent since 2002, according to a January survey.

In just the last few months, some of the biggest names in entertainment have been taking some extraordinary steps. HBO, for example, recently announced that their HBO Go package could soon be made available for folks without an existing cable or satellite subscription. ABC, meanwhile, has announced plans to offer live video streaming on the iPad. This would still require a user to have an existing subscription. Nonetheless, it is a step in the right direction. Unicorn Media CEO Bill Rinehart knows all about the changing entertainment landscape. His company works closely with others to maximize IP video profitability for live and VOD content. One of his biggest customers is ABC, which uses Unicorn’s patented OnceVOD technology. This allows content owners to monetize their content on any device by dynamically inserting targeted ads in real time. Rinehart recently told AppAdvice that there is no longer any doubt whether the cord with cable companies is going to be cut. Rather, it is now simply a question of when this is going to happen. “Right now, it is all about revenue retainment,” he explained, noting that as more folks abandon the traditional TV model, the industry has no choice but to look for a “new revenue stream.” To see where things are heading in the U.S., Rinehart advises that we look to countries in Scandinavia. It is there, for example, where HBO is offered without a cable package. “Once experiments in smaller markets find success, they will come here,” he suggested, adding that “it is just a matter of time.” Rinehart believes that in three years time, entertainment as we know it with be vastly different. He says that by that point, the ability to download or stream ad-supported content will be everywhere, no matter the device. "When one ball drops, they will all drop," he added. One player that will have a lot to say about how we receive entertainment in the future will be Apple, according to Rinehart. He envisions that whatever Apple’s plans, they will probably focus on providing an “a la carte” entertainment model, where users can decide which channels they receive. Rinehart doesn’t think Apple actually needs to produce their own television set. Instead, a new set-top box would be fine. "It really doesn't matter who makes the television," he said.

Just because many are moving away from cable, doesn't mean that they aren't consuming media. On the contrary, say respondents quoted in a recent New York Times report, entitled "No TV? No Subscription? No Problem." Young people, in particular, are watching their favorite programs remotely courtesy of someone else's online login. As John Herrman, a senior editor at BuzzFeed noted:

It also seems like a pretty serious problem. While our office is fairly young and not representative of HBO’s broader customer base, it is representative of a rising generation of people who 1) like watching HBO shows and 2) cannot fathom paying for them.

Providers do limit the number of users that can be logged in at the same time using the same account. However, these rules differ greatly, according to the service. For example, Amazon Prime customers can't watch the same program using the same login. However, they can watch something different at the same time on multiple devices. By contrast, Hulu Plus users can't use the same account at the same time. Each time this happens, of course, the companies are losing out on revenue. In other words, even though the landscape is shifting under our feet, the "right" way of providing online entertainment has yet to be formalized.

While the specifics aren't yet clear, it does appear that things are changing in how each of us can get our entertainment content. We plan to continue following up on the TV Everywhere concept in the weeks, and months ahead. Whenever we hear something new, we'll certainly let you know. 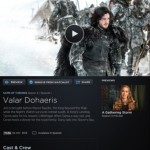 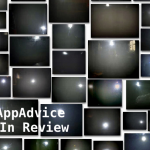 The AppAdvice Week In Review: TV Anywhere's Rise, Jony Ive's Debut And More
Nothing found :(
Try something else