You are using an outdated browser. Please upgrade your browser to improve your experience.
by Bryan M. Wolfe
April 22, 2013
Apple has returned up to 8 million iPhones to Foxconn “due to appearance of substandard or dysfunctional problems.” This could cost Cupertino’s top manufacturer up to $1.6 billion, according to China Business. The report doesn’t mention what specifically was wrong with the handsets. Additionally, we don’t know which models were returned. This would be good to know. If the batch was made up of existing models such as the iPhone 5 and iPhone 4S, this could eventually show up as a hole in Apple’s supply chain. However, if these defective models were, in fact, “iPhone 5S” models, Apple may be forced to delay the launch of their newest handset. Foxconn reportedly began production of the iPhone 5S earlier this month. As of now, most expect Apple to announce the seventh-generation iPhone at the still-unannounced Worldwide Developers Conference in June. When we hear more about this news, we’ll let you know. 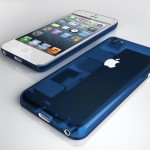 Apple's Budget iPhone Could Grab 11 Percent Of Low-Cost Market By 2014
Nothing found :(
Try something else