You are using an outdated browser. Please upgrade your browser to improve your experience.
by Bryan M. Wolfe
April 12, 2013
In a few weeks, Apple is almost certainly going to release the next iPhone. Unfortunately, Verizon is about to make it a whole lot tougher for folks to upgrade phones, if not this year, certainly in the next. According to a Verizon press release, customers on a two-year agreement will now be eligible for an update at 24 months, not at 20 months like before. The first customers impacted by this change are those with contracts ending in January 2014. This eligibility covers subsidized prices only. As Verizon was quick to note, "customers may purchase a new phone at the full retail price at any time." Of course, they can. Additionally:

The New Every Two program ended in January of 2011. Verizon Wireless has continued to allow customers to utilize these expired credits. However, as of April 15, these credits will no longer be available. Customers may continue to share an upgrade with another person on an account if that customer is upgrading to a device within the same equipment category. Customers can utilize a phone upgrade to purchase a new phone; however, the option to transfer upgrades from non-phone devices (such as a Jetpack or tablet) will no longer be available.

This is pretty sobering news, especially on the same day that T-Mobile began offering the iPhone 5 without a contract. This news is so strange, it makes you wonder what Verizon corporate was thinking when they made this change. As of now AT&T's upgrade policy remains at 20 months. Of course, with Verizon's move there is no telling what AT&T may now do. 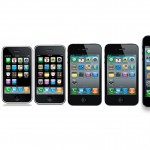 Verizon CEO Supposedly Sold Idea Of LTE-Enabled iPhone To Steve Jobs
Nothing found :(
Try something else