You are using an outdated browser. Please upgrade your browser to improve your experience.
by Bryan M. Wolfe
April 24, 2013
Apple’s Worldwide Developer’s Conference (WWDC) for 2013 has been announced. The five-day conference will be held from June 10-14 in San Francisco, California at the Moscone Center. This year's event is open to members of Apple's iOS Developer Program, iOS Developer Enterprise Program, or Mac Developer Program. Tickets go on sale on Thursday, April 25 beginning at 10 a.m. PDT. Says Philip Schiller, Apple's senior vice president of Worldwide Marketing:

We look forward to gathering at WWDC 2013 with the incredible community of iOS and OS X developers. Our developers have had the most prolific and profitable year ever, and we’re excited to show them the latest advances in software technologies and developer tools to help them create innovative new apps. We can’t wait to get new versions of iOS and OS X into their hands at WWDC.

Activities at Apple’s WWDC 2013 include: Please go to the Apple Worldwide Developers Conference 2013 website for updates, tickets, and more information. Developers who are unable to attend this year’s conference can access and watch all technical sessions from the Apple Developer website as soon as they are posted for free. AppAdvice will have much more information about WWDC 2013 as the event draws closer. Bookmark this page for up-to-date information, and stay tuned. 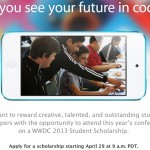 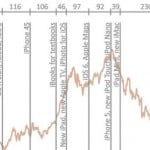 WWDC Can't Come Quick Enough ... For Apple Stock
Nothing found :(
Try something else