You are using an outdated browser. Please upgrade your browser to improve your experience.
by Bryan M. Wolfe
May 23, 2013
Apple has officially announced the date of the keynote address for its Worldwide Developers Conference. The address will be held on Monday, June 10 beginning at 10 a.m. PDT at the Moscone Center in San Francisco. Apple didn't say who would be speaking during the keynote. However, it is assumed that CEO Tim Cook will be taking a leading role. First announced on April 24, WWDC 2013 runs from June 10-14. According to Apple, WWDC activities include: As usual, AppAdvice will be providing live coverage of the WWDC keynote. Members of our team will be inside the Moscone Center to bring you all of the news as it happens. Stay tuned. 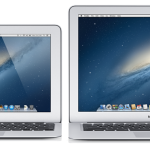 Here Is One Apple Product That Should Be Refreshed At WWDC