You are using an outdated browser. Please upgrade your browser to improve your experience.
by Bryan M. Wolfe
May 17, 2013
Production on the iPad mini has slowed considerably in recent months as attention has turned to Apple’s second generation device, according to Taiwan-based supply chain sources. This news comes from the decidedly hit-or-miss DigiTimes, but does fall in line with previous reports. The report states that panel maker AU Optronics has seen its iPad mini orders drop in the second quarter to 2.3-2.8 million units. During the previous quarter, Apple had ordered 4 million panels from the company. DigiTimes notes:

AUO's drop in the second quarter will also come as overall shipments for the iPad mini are expected to drop around 20-30% on quarter to around 10 million units largely due to the time period traditionally being a slow purchasing period for consumers. The remaining seven million panels for the device are expected to come from LG Display, said the sources.

AU Optronics is expected to see a continued drop in iPad mini orders during the third quarter. The company isn’t expected to take part in production of the iPad mini 2, after they have “faced issues in producing” the first device. As previously noted, LG Display and Sharp are expected to produce the bulk of iPad mini 2 displays. Stories such of this continue the narrative of the last few weeks that next month’s Worldwide Developers Conference will focus almost exclusively on software. New devices, meanwhile, probably won't be announced until the fall. The second-generation iPad mini, when it does arrive, is expected to include a Retina display, and better component parts. For more information, see: Opinion: Sometimes Even Apple Fans Must Wade Into The Android Ecosystem, and WWDC 2013 Countdown: Four Things Apple Should Announce In June. 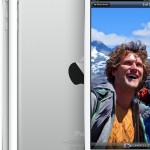 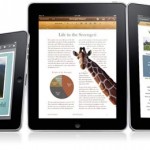 Apple Job Listing Points To Next-Generation iWork Suite
Nothing found :(
Try something else