You are using an outdated browser. Please upgrade your browser to improve your experience.
by Dom Esposito
May 27, 2013
Often, I’m annoyed by the so-called multitasking in iOS. I realize that Apple’s implementation of multitasking helps preserve battery life, but it’s not very true to its name. When you back out of an app, iOS suspends the app’s processes in memory, then resumes the app when you've returned. Background Manager is a new Cydia tweak that provides a real multitasking experience. With this tweak, upon exiting an enabled app, Background Manager will keep the app running as if it were still in the foreground. I realize that there's another tweak called Backgrounder that provides this same functionality, but unfortunately, it’s not compatible with iOS 6. Background Manager is a fresh and rewritten take on a great tweak that now provides true multitasking for iOS 6 users. Check out our video overview below: http://www.youtube.com/watch?v=9SJiW0BPDT4

As you can see in the video above, this tweak can be very useful in many different situations. As an example, I used Background Manager to keep Cydia running in the background. This allows me to return to a tweak’s depiction page without having to reload it each time. While this is just one of the uses for Background Manager, I’m sure you can think of different ways that it can be useful on your iOS device. Within Background Manager’s settings, you can set up global options for apps, or select specific apps that you’d like to keep running in the background. It’s important to note that keeping apps running in the background may have an impact on battery life. While you may not see the app running, it will be using resources just as it would if it were visible on the screen. Though, I haven’t noticed a big impact in performance or battery life yet, but that's definitely a possibility. Another great feature of Background Manager is Auto launch. This will automatically launch an app in the background on boot/respring or install and keep it ready for you. It may not be for everyone, but Background Manager may have a permanent home on my iOS device. Currently, Background Manager is available in the BigBoss repository for $0.99 and is compatible with iOS 6 or higher. Check it out and be sure to let us know what you think in the comments. For other great Cydia tweaks check out: FXOSLock Is A Clean And Simple Lock Screen Tweak, Access Your Notifications From The Home Screen With Badger, and QuickGestures Puts Android Style Gestures In The Phone And Contacts App. 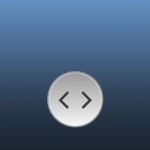 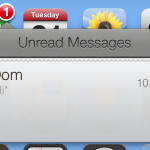 Cydia Tweak: Access Your Notifications From The Home Screen With Badger
Nothing found :(
Try something else