You are using an outdated browser. Please upgrade your browser to improve your experience.
by Bryan M. Wolfe
May 14, 2013
Apple sold more iPhones during the previous quarter year over year, however, that wasn’t enough to keep their worldwide market share from dropping. From January through March, Apple’s share of the global smartphone market shrank to 18.2 percent, according to AppleInsider. Quoting a new Gartner survey, the report shows that Apple’s standing fell from 22.5 percent from a year before. Meanwhile, Samsung saw their overall market share rise from 27.6 percent to 30.8 percent year over year. Strangely, Apple was the only company among the top five smartphone makers to see their market share shrink. Third-place LG Electronics grew from 3.4 percent in 2012 to 4.8 percent in 2013, while Huawei Technologies grew to 4.4 percent, and ZTE took a 3.8 percent share. According to Anshul Gupta, principal research analyst at Gartner:

Apple is faced with the challenge of being increasingly dependent on the replacement market as its addressable market is capped. The next two quarters will also be challenging, as there are no new products are expected to be coming before the third quarter of 2013.

In terms of mobile platforms, 74.4 percent of all smartphones sold were Android devices. Apple’s iOS was installed on 18.2 percent of devices sold. In total, global smartphones sales climbed during the quarter from 147 million one year ago to 210 million in the first quarter of this year. Just last week, it was reported that Apple and Samsung took 100 percent of the global smartphone profits during the previous quarter. From January through March, Apple took 57 percent of the profits generated in the smartphone industry, while Samsung’s take was 43 percent. LG was the only other provider that generated a positive “value share,” at 1 percent. With this in mind, many may wonder whether it actually matters that Apple's market share has dropped in recent months. Certainly not in terms of the financial bottom line. As it stands, Apple's market share will probably continue to drop -- at least until the next iPhone arrives later this year. Until then, Samsung will probably see growth thanks to the newly released Galaxy S IV. 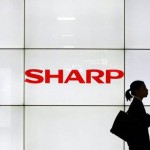 Saying Goodbye To Apple’s Iconic Home Button
Nothing found :(
Try something else