You are using an outdated browser. Please upgrade your browser to improve your experience.
by Bryan M. Wolfe
May 29, 2013
The Worldwide Developers Conference is less than two weeks away. As if right on cue, Jim Dalrymple from The Loop is out with his thoughts and opinions on what to expect from Apple on June 10. According to Dalrymple, Tim Cook and company are likely to release new Mac models next month, as well as preview iOS 7, and the next version of OS X. We won’t, however, be seeing a new iPhone or iPad. He states:

The important thing to remember about WWDC is that it is a developer conference. It’s not a place where Apple is going to show off the newest iPhone or iPad. These are Apple’s flagship products and they demand separate events. Entire industries watch these products because they shape what will happen in the mobile space. They are that important.

Dalrymple contends that “iOS 7 is the thing everyone will be watching and talking about,” mainly because of Jony Ive’s expanded role in software design at Apple. However, “I don’t think that Apple will take it as far as what some might think.” Perhaps surprisingly, Dalrymple’s highest hopes are reserved for the next version of OS X. He states, “That’s what I’ll be watching for with OS X. The continued integration between iOS and OS X, through apps and services, like iCloud.” He concludes with three interesting footnotes. Yes, actual footnotes. It should be noted that Dalrymple's comments ahead of key Apple events are usually right on the mark. In other words, as previously rumored by others, don't expect new iOS devices next month. As a reminder, WWDC runs June 10-14 and begins with the Monday keynote, which begins at 10 a.m. PDT. As in past years, we'll be there to provide complete coverage. Until then, stay tuned. 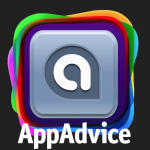