You are using an outdated browser. Please upgrade your browser to improve your experience.
by Bryan M. Wolfe
June 25, 2013
Barnes & Noble is closing the book on its line of NOOK Android-based tablet devices. In a statement to investors, the company says that it would no longer make the NOOK HD and NOOK HD+ and instead create a “partnership model for manufacturing in the competitive color tablet market.” Citing plans to “significantly reduce losses in the NOOK segment,” Barnes & Noble notes that its tablets will now be co-branded “with yet to be announced third party manufacturers of consumer electronics products.” The company will, however, continue to develop its line of Simple Touch and Glowlight e-readers. Additionally, the company plans to continue to build its digital catalog, “adding thousands of eBooks every week, and launching new NOOK apps.” For the previous quarter, Barnes & Noble saw NOOK revenues of $108 million, and $776 million for the full year. This was down 34 percent compared to the same quarter in 2012, and off 16.8 percent year-over-year. No one can accuse Barnes & Noble of not at least trying to find success in a tablet market long dominated by Apple, and to a lesser extent, Amazon. In April 2012, Microsoft invested $300 million in the company. This was followed by the release of new versions of the NOOK HD and NOOK HD+. Both products received mostly positive reviews. Finally, earlier this year, Barnes & Noble finally allowed NOOK users access to Google Play. Prior to this, users were forced to purchase Android apps via a closed NOOK store. It will be interesting to see what all this means going forward. Most likely, we’ve seen the end of the NOOK color tablet line, unless someone rescues it. In March, rumors suggested that Microsoft would buy the NOOK division for $1 billion. Those rumors were largely debunked a few months later. 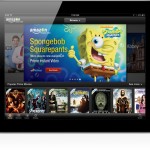 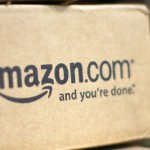 Amazon And Apple Still Fighting Over The Term 'App Store'
Nothing found :(
Try something else