You are using an outdated browser. Please upgrade your browser to improve your experience.
by Bryan M. Wolfe
June 7, 2013
Some of the biggest names in technology are denying that they have provided the U.S. government with “direct access” to their servers. This seems to contradict reports published in The Washington Post and The Guardian, which claim that the FBI was “tapping directly into the central servers of nine leading U.S. Internet companies,” according to Reuters. According to multiple sources, the U.S. National Security Agency (NSA) has for six years been operating a project code-named PRISM. As part of this program, the NSA is apparently given user data from key Internet providers. These include: Microsoft, Yahoo, Google, Facebook, PalTalk, AOL, Skype, YouTube, and Apple. Many of these companies are now on record saying that that they did not provide the government with data. In the case of Apple, they have denied even knowing about PRISM. According to Apple spokesman Steve Dowling, in a brief statement:

We do not provide any government organization with direct access to Facebook servers. When Facebook is asked for data or information about specific individuals, we carefully scrutinize any such request for compliance with all applicable laws, and provide information only to the extent required by law.

Google, Microsoft, and Yahoo have released similar statements in recent hours. Earlier this week, news leaked that Verizon Wireless had been handing over telephone records of millions of subscribers to the NSA. This lead to the discovery of PRISM, which apparently launched in 2007. We'll continue to follow this news as more details surface. In the meantime, we'd love to know your opinion on PRISM. 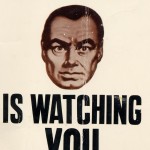 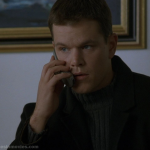 NSA Collecting Phone Records Of Verizon Subscribers On An 'Ongoing, Daily Basis'
Nothing found :(
Try something else