HBO GO and WatchESPN are some of the most popular iOS apps and are sure to be huge hits on Apple TV. We continue to offer Apple TV users great new programming options, combined with access to all of the incredible content they can purchase from the iTunes Store.

While DirecTV subscribers can now use HBO GO via the Apple TV, the same can't be said about Roku devices. The satellite provider is still blocking HBO GO authentication on those streaming devices. 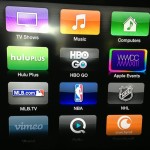