You are using an outdated browser. Please upgrade your browser to improve your experience.
by Bryan M. Wolfe
June 23, 2013
The biggest news in technology this past week had nothing to do with the arrival of Instagram video, or newly discovered features in iOS 7. Rather, it was the launch of HBO GO on the Apple TV. What made this significant had little to do with HBO subscribers finally being able to stream episodes of “True Blood” or “Game of Thrones” on Apple’s hobby product. Rather, it is what happened next that was most noteworthy. “TV Everywhere” is a great concept. Unfortunately, it continues to  allow cable and satellite providers to serve as gatekeepers. As a result, TV content available for streaming is tied almost exclusively to which company a user is paying a monthly subscription fee. When HBO GO launched on the Apple TV, it was met with the usual chorus of cheers and jeers. The reason: not every HBO subscriber was able to take advantage of the new service. DirecTV and other HBO pay TV affiliates with TV Everywhere rights refused to sign-off on the Apple TV. This wasn’t much of a surprise. Many of these affiliates did the same thing when Roku launched its own HBO GO channel. What was surprising was just how quickly DirecTV and nearly everyone else did an about-face. Within 24 hours, everyone except Charter Communications began authenticating HBO GO on the Apple TV. 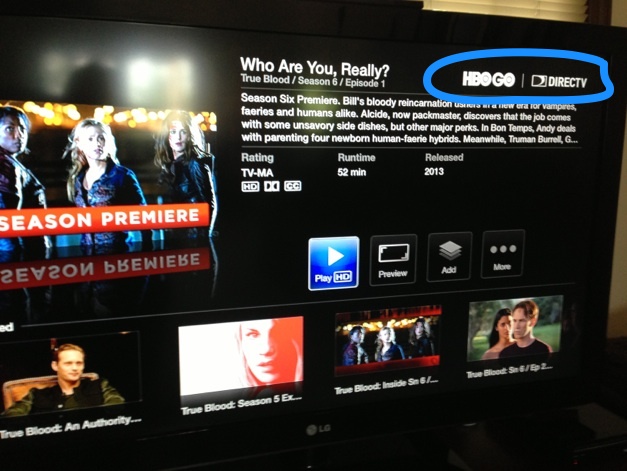 Why this happened is really anyone’s guess, since none of the players are commenting. However, multiple industry sources have told AppAdvice that this has little to do with the public outcry. Rather, after careful reflection, most affiliates had determined that it was best not to upset the Apple cart. Apple has long been rumored to be working on a television. However, these rumors often come with an important disclaimer; Apple won’t release a television without the full support of the entertainment industry. Yes, this week’s turn around was a tiny step. Nonetheless, it was a step in the right direction. It looks like Apple is finally getting serious about coming into our living rooms. 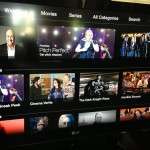 DirecTV Does An About-Face, Now Allows Subscribers To Use HBO GO On Apple TV 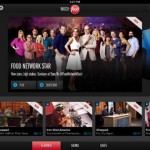 Watch Food Network Anywhere And Anytime You Want With This New App
Nothing found :(
Try something else