You are using an outdated browser. Please upgrade your browser to improve your experience.
by Bryan M. Wolfe
July 8, 2013
Google’s Android led Apple’s iOS, in terms of U.S. smartphone sales during the previous quarter. However, the division between the two narrowed year over year, according to a new Kantar Worldpanel ComTech USA survey. Between March and May, Android led with 52 percent of smartphone sales. This compared to the 41.9 percent for iOS. Windows was third with 4.6 percent. Last year at this time, Android ranked No. 1 with 51.9 percent, compared to 38.4 percent for iOS. Compared with the previous three months, both Android and iOS are down, as a percentage of sales. Through February, Android controlled 51.2 percent of the market, compared to 43.5 percent for iOS. Kantar notes that its survey is “exclusively focused on the sales within this 3 month period rather than market share figures.” They explain that “sales shares exemplify more forward focused trends and should represent the market share for these brands in future.” Of U.S. carriers, Verizon Wireless remains the leader at 34.6 percent. AT&T (29 percent), Sprint (12.7 percent), and T-Mobile (10.1 percent) followed. Through May, the iPhone 5 was the best-selling smartphone at T-Mobile, despite the fact that the No. 4 carrier just started selling the handset in mid-April. Of this, Kantar explains:

The highly anticipated release of the iPhone on T-Mobile has benefited iOS in the latest 3 month period, though it has not yet impacted T-Mobile’s share in the market.

The Kantar Worldpanel ComTech USA survey is based on interviews with smartphone buyers that “ tracks mobile phone behavior and the customer journey, including purchasing of phones, mobile phone bills/airtime, and source of purchase and phone usage.” Kantar conducts 240,000 interviews per year. Apple is set to announce its third quarter financial results July 23. 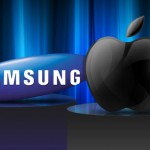 Samsung And Android Continue To Sizzle As Apple Loses Market Share In Europe
Nothing found :(
Try something else