You are using an outdated browser. Please upgrade your browser to improve your experience.
by Bryan M. Wolfe
July 23, 2013
Being placed on hold will never become something to look forward to. However, Apple may soon make it much more bearable. Cupertino was recently awarded a U.S. patent for an “On-hold visual menu from a user’s communications device.” The technology allows an on-hold caller to access certain data on another user’s iPhone. According to U.S. Patent 8,494,123, the technology allows a user to setup “on hold sharing.” Examples of content that could be shared include photos, music, videos, status updates, or “any other types of content that may be stored on or determined by the mobile device." Better still, the content that is sharable can be customized for specific users using a configuration tool. For example, family members could be given access to a user’s location data, while others would only see music or videos as options. Apple’s online visual menu looks very interesting. However, I’m not sure it would be valuable for most iPhone users. For one, when was the last time you had to put someone on hold? For another, when were they on hold for more than a few seconds? Regardless, this type of technology isn't likely to come to the iPhone anytime soon. Apple's iOS 7 doesn't include it as a feature. Donald W. Pitschel, Imran Chaudhri, Freddy Anzures, and Marcel van Os, are credited as inventors of this patient. 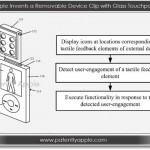 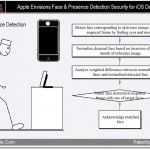 New Patent Suggests Apple Might Incorporate Facial Recognition Software Into The iOS
Nothing found :(
Try something else