You are using an outdated browser. Please upgrade your browser to improve your experience.
by Bryan M. Wolfe
July 18, 2013
One of the most popular iOS tools is TestFlight, a free testing service for mobile developers, managers, and testers. We recently had the opportunity to discuss TestFlight with Founder and CEO Benjamin Satterfield. What we found is a company dedicated to making app development easier, and more profitable than ever before.

TestFlight launched in beta format in 2010. At first, the tool was only for personal use. However, its creators soon recognized that the product would benefit any app developer. At its core, TestFlight makes it easier for developers to distribute prerelease software. Prior to this, the only way non-developers could test applications was to install two files onto iTunes on a Mac or PC, and then sync an iOS device. As Satterfield notes, this process “was slow and antiquated.” With TestFlight, testing an iOS app is as simple as installing one file on a mobile device. In other words, iTunes is no longer needed. On the backend is TestFlight Live, which first launched in 2012. This tool helps developers see how well their apps are selling, and how well their in-app purchases are doing; all using a Chartbeat-like dashboard. In addition, the product shows developers what versions of the app people are using.

Now, Burstly, the company that acquired TestFlight in 2012, is unveiling a new product for developers called FlightPath. FlightPath, which is currently in open beta, gives developers a one-page overview of how well their product is doing. It offers historical and real-time insights about an app, including a crash log, potential risks, and per-session information, among other details. It also includes an active list of what type of iOS devices are currently using an app, and in which countries. As Satterfield notes, "we thought it was important for developers to know this type of information about their apps." FlightPath is the third Burstly product, after TestFlight and SkyRocket.

This product, which was originally called simply Burstly, assists developers in finding the best ways to make money off their products. Potential opportunities range from mediating third-party ad networks, cross promotion, deep linking to valuable app content, or incentivized ads. SkyRocket is considered the only toolset that lets developers easily optimize all of these opportunities and more. 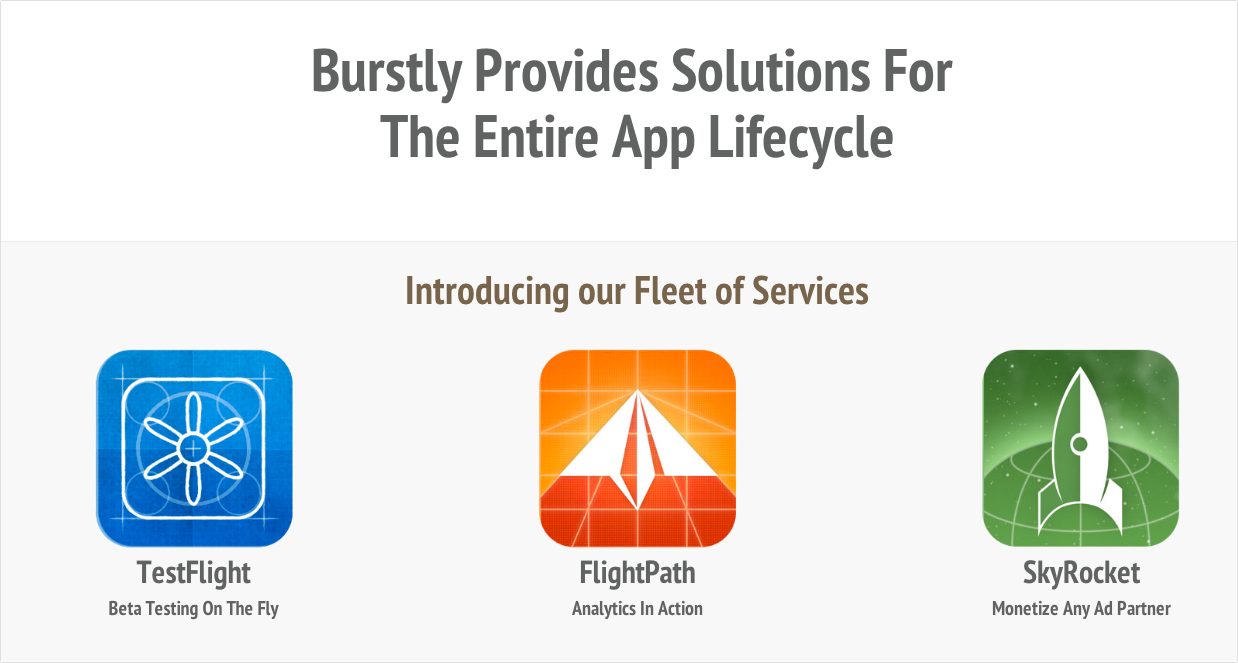 For Satterfield, who also founded 23Divide, Gigotron, Twiddla, and Rootdown.us, Burstly's introduction of FlightPath is important. As a result, he believes that the company now offers developers all the tools they need to succeed in the App Store. He explains, “we now offer the entire package."

While Satterfield remained tight-lipped on what happens next for Burstly after FlightPath is fully implemented, he did offer his thoughts on iOS 7. He believes that Apple’s next mobile operating system will “reset the entire industry.” And for that, he is very excited. TestFlight, FlightPath, and SkyRocket are available to iOS developers. TestFlight for Android is currently in beta. 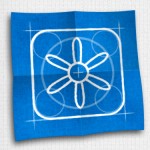 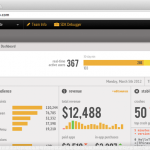 TestFlight Live Launches For iOS Developers
Nothing found :(
Try something else