You are using an outdated browser. Please upgrade your browser to improve your experience.
by Bryan M. Wolfe
August 26, 2013
Apple Retail Stores are likely to begin offering visitors an iPhone trade-in program beginning next month. The exchange would allow customers to trade-in older models for a newer one, according to 9to5Mac. According to the report, employees are being trained this week on the new program. This follows the “limited pilot testing” done by Apple in recent months. Additionally, deliveries of empty shipping boxes are arriving at Apple retail stores. These boxes will be used to ship traded-in handsets. In 2012, Apple began offering iPhone trade-ins via its website. They have never done so at their brick and mortar stores. While 9to5Mac notes that a concrete launch date for the trade-in program is not known, it is likely to happen before the end of September. Whether this happens before or after the arrival of the iPhone 5C and iPhone 5S remains to be seen. Earlier this year, Apple CEO Tim Cook noted that 80 percent of iPhones are not sold directly from Apple Retail Stores. The new program could change this. As 9to5Mac states:

With the new ability to exchange an iPhone and receive a fresh new model at a discounted price, perhaps the iPhone trade-in program will help meet Cook’s goal of selling more iPhones direct from his stores. A critical aspect of this is actually driving traffic to Apple Stores so that new iPhone customers are exposed to the entire Apple ecosystem. When a customer visits an Apple Store to purchase their new iPhone, they will be immediately made aware of other Apple devices like iPads and Macs.

This isn't the first time that we've heard that Apple was prepping an iPhone trade-in program for retail. In June, Bloomberg reported that a program would begin that month to boost iPhone sales. That never happened. Apple is expected to launch new iPhones on Tuesday, Sept. 10. New iPads are likely to launch one month later, as will new Macs. Photo: People waiting for the iPhone 5 in September 2012, Blue Whale Apps. 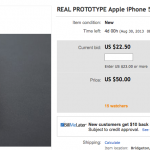 Buy It Now: An iPhone 5C Prototype Is Now Available On eBay 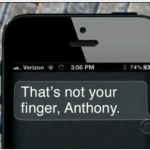 The Comedians Are Already Poking Fun At The Next iPhones
Nothing found :(
Try something else