You are using an outdated browser. Please upgrade your browser to improve your experience.
by Bryan M. Wolfe
August 2, 2013
One of the strongest selling points of the new Google Chromecast is that it works with both Android and iOS devices. This doesn’t mean, however, that the Chromecast experience is the same for both groups of users. Not surprisingly, iOS users are missing out on key features, according to ReadWrite.

No Chromecast app for iOS

For one, Google has yet to release an official Chromecast app for iOS. This app, which is available in Google Play, allows users to set up and manage the device’s settings. If you own an iPhone/iPod touch or iPad and need to configure your Chromecast, you must first hook it up to computer. From there, you'll need to download and install a free Chromecast application for Mac or PC. It’s possible that Google will eventually release a Chromecast app for iOS. However, this assumes that Apple would approve such an app. Given that Chromecast competes with Apple’s own AirPlay tool that may never happen.

Another issue for Chromecast users on iOS is the lack of apps that support the device. Right now, the device only supports two iOS apps: Netflix and YouTube. Android users, meanwhile, can also use Chromecast with Google Play Music and Google Play Movies and TV. Neither of these apps is available for iOS. However, iOS users can stream Google Play Music via mobile Safari and Chrome.

Finally, ReadWrite states that the overall Chromecast experience is better for Android users, regardless of app.

iOS users don't get these user-friendly benefits. Instead, we have to fumble around to turn on our iPhones or iPads, enter the app that originated the stream and find the controls in there somewhere. I asked Apple if there was any possibility of Chromecast remote controls showing up in the app tray, like Pandora does, or landing on the lockscreen. Predictably, there was no response.

A week ago I mentioned to a friend that I had ordered a Chromecast. Given that I own multiple Apple devices, including an Apple TV, he asked how someone like myself would benefit by using Google’s new device. I didn’t have a convincing answer. Honestly, I bought a Chromecast because I wanted to see what all of the fuss was about. Besides, it cost me less than a night out with friends. I believe this is the point. ReadWrite did a fantastic job explaining the differences with the Chromecast experience for Android and iOS device users. In the end, I’m pretty sure the differences are deliberate, and for good reason. Google’s advertising team probably wanted to offer a device that was compatible with iOS devices. At the same time, the technology folks knew that most Chromecast owners would be using the device with Android-based machines. The result is that they kept iOS features to the minimum. If you own an iOS device and really want to give Chromecast a spin, go right ahead. However, there is really no reason to do so. Would you agree? See also: The Real Reason An iPad mini With Retina Display Is Coming Early, Google Chromecast Likely To Add HBO Go Support Soon, and Let's Take A Closer Look At Google's AirPlay-Like Chromecast. 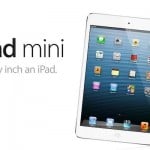 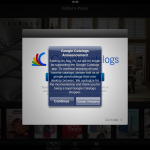 Google Catalogs For iOS And Android To Close Up Shop On Aug. 15, 2 Years After Launch
Nothing found :(
Try something else