You are using an outdated browser. Please upgrade your browser to improve your experience.
by Bryan M. Wolfe
August 6, 2013
Apple has just published the following release notes for iOS 7 beta 5:

The sender and receiver have each other’s Apple ID email addresses in Contacts on their devices. Fixed in Seed 5 Contact Only currently requires that you have an active Internet connection. The App Store should support the ability to find an app capable of opening a received document based on the document’s Uniform Type Identifier (UTI). Currently, just a blank screen is displayed.

When the UIViewGroupOpacity key is not present, the default value is now YES. The default was previously NO.

This means that subviews of a transparent view will first be composited onto that transparent view, then the precomposited subtree will be drawn as a whole onto the background. A NO setting results in less expensive, but also less accurate, compositing: each view in the transparent subtree is composited onto what’s underneath it, according to the parent’s opacity, in the normal painter’s algorithm order.

In Seed 4 and later, the Exchange DeviceIdentifier has been changed back to the behavior of iOS 6 where it uses the serial number.

NotesNew font line heights were introduced in Seed 4. If you had manually aligned your font in earlier seeds, it may move slightly up vertically in later seeds.

After updating to iOS 7 Seed 3 or later, go to Settings > iCloud > Keychain and reenable iCloud.

Keychain on your devices. See OS X v10.9 Release Notes for more details. Activation Lock, a new feature of Find My iPhone, is turned on automatically when Find My iPhone is enabled on any device running iOS 7. Activation Lock requires users to enter their Apple ID and password to turn off Find My iPhone, sign out of iCloud, erase the device, or reactivate the device after an erase. It’s important to do one of the following before transferring a device to a new user:

Turn off Activation Lock in Settings > iCloud > Find My iPhone.

Voice Memos are not restored from iCloud Backups.

Users in Switzerland, France, Spain, Germany, Poland, Finland, and possibly some other countries, will be unable to restore their keychains using phone number validation.

Password fields are not displayed in alert views for apps in landscape (for example, Game Center authentication or In-App purchase). Text entry still works, though you can't see what you are typing.

iOS now remembers the last used media app across reboot and app crashes. Media apps that can receive remote control events should be prepared to be launched in the background and potentially receive a remote control event to begin playback. Additionally, it’s important that media apps monitor and handle the media server reset event, since the media app may receive a remote request to resume playback after a reset. Notifications to monitor these media server events are available in AVAudioSession and proper handling is described in General recommendations for handling kAudioSessionProperty_ServerDied.

AVAudioSession can no longer become active by apps in the background that wake due to Background Fetch, Background Transfers, and Remote Notification events. The policy for the task completion API has changed back to match the iOS 6 behavior, but the time limit for task completion has decreased from 10 minutes in iOS 6.

The cellular fallback technology present in previous seeds has been removed as of Seed 5. Two low-level networking APIs that used to return a MAC address now return the fixed value 02:00:00:00:00:00. The APIs in question are sysctl (NET_RT_IFLIST) and ioctl (SIOCGIFCONF). Developers using the value of the MAC address should migrate to identifiers such as -[UIDevice identifierForVendor]. This change affects all apps running on iOS 7.

Due to changes in how the isa field is implemented, *self may change during enumeration (for example, if the container is retained).

Workaround: When implementing countByEnumeratingWithState, do not set state- >mutationsPtr = self

As of iOS 7 Seed 4, Passbook has added support for the major and minor fields to better match the rest of the iBeacon ecosystem. The new major and minor keys are independently variable optional alongside proximityUUID (required) in each dictionary in the beacons array. In previous versions of the iOS SDK, Passbook did not validate the back fields on passes completely. The validation rules have not changed, but validation is now including back fields. Please check the console log for additional logs. As of iOS 7 Seed 3, PKPassLibraryDidCancelAddPasses is a new status code in the PKPassLibraryAddPassesStatus enum. It signifies that the user tapped Cancel in an add-passes alert.

Upon upgrading from an earlier seed, photo thumbnails in the Photos app will not appear for a short while.

Upgrading to iOS may reset Safari’s settings to their default values.

-[UIDevice uniqueIdentifier] is no longer accepted in submissions to the App Store. In iOS 7, apps that are already on the store or on users’ devices that call this removed API will no longer be returned the UDID. Instead, -[UIDevice uniqueIdentifier] will return a 40-character string starting with FFFFFFFF, followed by the hex value of -[UIDevice identifierForVendor]. It is important to consider how this will affect existing apps. Consider submitting updates that no longer access the UDID.iOS now requests user consent for apps to use audio input on all iOS 7 devices. For devices sold in China, iOS will also request user consent for apps to use the camera hardware. The operating system will present the consent alert when you set the category of the instantiated AVAudioSession. The AVAudioSession categories that will present the alert are AVAudioSessionCategoryRecord and AVAudioSessionCategoryPlayAndRecord. If the user doesn’t allow access, the audio session data will be all zeros (silence). For devices where camera access is requested and denied by the user, the video capture session is a black screen. The API gethostuuid() has been removed and will not be accepted for submission to the store, regardless of the targeted OS. For existing apps running on iOS 7, the function will return a uuid_t representation of the vendor identifier (-[UIDevice identifierForVendor]).

Through iOS 6, when using TWTweetComposeViewController and SLComposeViewController (the latter only for Twitter and Weibo, but not Facebook), if the caller supplies a completionHandler, the supplied completionHandler is responsible for dismissing the view controller. As of iOS 7, if the app links against the iOS 7 SDK, the view controller will dismiss itself even if the caller supplies a completionHandler. To avoid this, the caller’s completionHandler should not dismiss the view controller. When using the iOS 6.1 SDK on OS X v10.8 Mountain Lion, if you use the iOS 5.0 or iOS 5.1 Legacy SDK in iOS Simulator, you will not be able to use Twitter features: attempting to sign in to Twitter via the Settings pane will fail, and Twitter.framework will not work correctly. If you need to test Twitter features, you will need to choose either an iOS 6.1 or iOS 6.0 Simulator run destination, or you can test with iOS 5.x on a device.

Active touches are no longer canceled when the user takes a screenshot. Dynamic wallpaper is not available on iPhone 4.

+[AVPlayer playerWithPlayerItem:] returns an AVPlayer object, but the current item will return nil if the player was created on another thread.

App downloads can get stuck in the "Waiting" state. Workaround: Reboot your device once or twice to resolve the issue and allow subsequent downloads to continue.

Before Seed 4, the snapshot API (snapshotView and resizableSnapshotViewFromRect:withCapInsets:) would defer taking the snapshot if the view had never been committed or had been added to the view hierarchy in the current transaction. This behavior has changed.

Snapshots now always represent the current, committed state of the view. Attempting to snapshot a view that has never been committed logs a message and now returns nil.

Snapshotting methods have been updated and now take an argument: afterUpdates. When set to YES, this instructs the snapshot to wait until all pending changes to the hierarchy have been committed. To maintain the pre-Seed 4 behavior, pass NO and the snapshot will capture what is currently on screen. See UIView.h for more details. When there isn’t enough room in the navigation bar layout for the full text of the back button title, the navigation bar will substitute a generic short back title (in English, “Back”). If even that string is too long, the bar will show the back indicator chevron with no title. +[UIPasteboard pasteboardWithName:create:] and +[UIPasteboard pasteboardWithUniqueName] now unique the given name to allow only those apps in the same application group to access the pasteboard. If the developer attempts to create a pasteboard with a name that already exists and they are not part of the same app suite, they will get their own unique
and private pasteboard. Note that this does not affect the system provided pasteboards, general, and find. Starting with Seed 2, apps default to using the new view controller-based status bar management system. To opt out of this, add a value of NO for the UIViewControllerBasedStatusBarAppearance key to your Info.plist. When using Auto Layout to position a UIButton, if you set the content compression resistance or content hugging priority to minimum, the button will have ambiguous layout. Workaround: Don’t use a content compression resistance or content hugging priority of less than 2 for UIButton. UIScreenEdgePanGestureRecognizer allows you to perform actions in response to swipes over the edge of the screen using the same heuristics that the system uses for its own gestures. Use this if you have a navigation semantic of your own that doesn't use UINavigationController but should include this gesture (e.g., Safari). This gesture recognizer has a property that describes the edges on which it’s active. UIRectEdge is a new enum type that this property and -[UIViewController edgesForExtendedLayout] can share. UIRectEdge replaces UIExtendedEdge, which will be removed. The members of both have the same values. Use Xcode to replace all instances of “UIExtendedEdge” in your project with “UIRectEdge”.

Your app’s UI may move slightly after using a media player in landscape mode.

Password fields are not displayed in alert views for apps in landscape (for example, Game Center authentication or In-App Purchase). Text entry still works, though you can't see what you are typing.

Weather conditions are not animated on iPhone 4.

Previously, when the viewport parameters were modified, the old parameters were never discarded. This caused the viewport parameters to be additive. For example, if you started with width=device-width and then changed it to initial-scale=1.0, you ended up with a computed viewport of width=device-width, initial-scale=1.0.
In iOS 7, this has been addressed. Now you end up with with a computed viewport of initial- scale=1.0.

Previously, when using <meta name="viewport" content="initial-scale=1.0, user-scalable=1">, the scale could be incorrect after rotation.

Workaround: Delete the old web app or web clip and recreate it in this seed by loading the content in Safari, tapping the Action button, and then “Add to Home Screen.”

Seed 4 and later include changes to AWDL such that technologies that use it—such as AirDrop and the MultiPeerConnectivity APIs—will not work properly with older seeds. 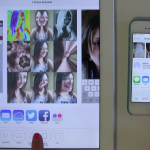 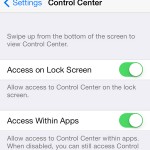 5 More Changes Spotted In iOS 7 Beta 5
Nothing found :(
Try something else