You are using an outdated browser. Please upgrade your browser to improve your experience.
by Dom Esposito
August 28, 2013
Now that you've seen the rumored gold/champagne iPhone 5S housing up close, a new video has surfaced that really tests its durability. Originally posted on JailbreakNation, this video puts the 5S housing through a very painful scratch test. The video starts out with a mild test using a coin, but that's not where the fun ends. This rumored champagne iPhone 5S housing also meets the blade of knife. Check out the scratch test video below:

Compared alongside the black iPhone 5, I think the gold/champagne model held up nicely. Of course, the 5S housing can still be scratched, but as we learned from Scuffgate, lighter colored iPhones show less damage than the black model. I found this scratch test to be very painful to watch. It's hard knowing that there's a poor little iPhone out there that's now all scuffed up just for our entertainment, but this kind of video is inevitable. Hopefully this scratch test will prevent others from worrying about the durability of their iPhone 5S when its released later next month. We don't know what Apple's next iPhone will look like just yet, but with all of the rumors we've seen lately, I think we all have a good idea. Remember, Apple is expected to announce the iPhone 5S and iPhone 5C at its big event on Sept. 10, 2013. Follow us on Twitter for future updates on Apple's next generation of iPhones. 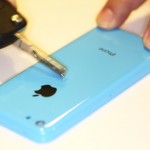 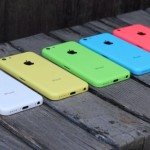 The iPhone 5C: Likely Colors Plus Some New Dummy Units Are Unveiled
Nothing found :(
Try something else