You are using an outdated browser. Please upgrade your browser to improve your experience.
by Bryan M. Wolfe
August 1, 2013
We’ve seen quite a few surveys of late showing Apple beating Samsung in terms of customer satisfaction. The newly released American Customer Satisfaction Index (ACSI) survey, however, offers a different take. The Samsung Galaxy S III and Galaxy Note II bested the iPhone 5, iPhone 4S, and iPhone 4. The new study looks at 2013 customer satisfaction benchmarks for 10 of the past year’s top-selling smartphone models in the United States. In the survey, the Samsung models each scored an 84 out of 100. Apple’s two most current smartphone models each received an 82. The iPhone 4, which was first released in 2010, scored an 81.

According to ACSI Director David VanAmburg:

Not only does Samsung edge ahead of all iPhones, Apple customers themselves don’t see much difference between the iPhone 4, 4S or 5 ... ... If the (newly released) S4 performs as well—or even better—in the eyes of customers, Samsung could threaten Apple’s dominance in overall customer satisfaction.

In a note to The Huffington Post, the ACSI explained that its survey is based on interviews with 4,112 phone owners in the U.S. Each judged their phones on overall experience (customer expectations, perception of overall quality, value for money, customer loyalty) and experience of quality (ease of making and receiving calls, ease of sending and receiving text messages, performance of phone in terms of battery life, etc.). See also: Apple Wins Three 'Brand Of The Year' Awards For 2013, and Apple Grabs Top Spot In J.D. Power Customer Satisfaction Study ... Again.

The USPTO Rejects Apple's Claim To A 'Pinch And Zoom' Patent 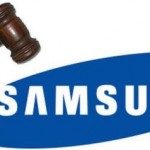 Intel, Microsoft, And Oracle Are Coming To Apple's Defense As iPhone 4 Ban Looms
Nothing found :(
Try something else