You are using an outdated browser. Please upgrade your browser to improve your experience.
by Bryan M. Wolfe
September 17, 2013
In the past year, some have criticized Cupertino for retiring the iPad 3 and iPhone 5 less than a year after each device was released. What’s more important isn’t whether a device remains on the shelf, but whether it remains compatible with future iOS updates. We have some good news on that front, courtesy of The Verge. Apple sold the iPhone 3GS until September 2012. Despite this, iOS 7 won’t be compatible with the device when the update is released to the public tomorrow, Sept. 18. This would normally be problematic for these device owners since apps would no longer work once developers submitted an iOS 7 compatibility update. In a brilliant move, however, the company is now allowing legacy device owners to download the “last compatible version” of an app. In other words, iPhone 3GS users will be able to continue using and downloading apps even if the apps have received an iOS 7 update. The same would go for the first two iPhones and first-generation iPad, which are also incompatible with iOS 7. As The Verge notes:

It's a very good move from Apple: the under-the-hood changes between iOS 6 and 7 are huge, and it's likely that many developers will quickly move to take advantage of the new APIs and features. The decision will allow developers to continue to improve upon their apps with less worry of disenfranchising past customers.

There is some bad news, which is worth pointing out. This policy won’t help when an app plugs into an external resource like the Twitter API. Nonetheless, I see this as a great move on Apple’s part. Android, by the way, doesn't offer a similar arrangement. For more information on iOS 7, see: One Final Look At Apple iOS 7 Compatibility Ahead Of The Public Launch On Sept. 18, and It's Time To Say Goodbye To Apple's iOS 6 And Hello To iOS 7. 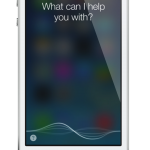 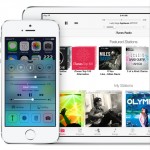 One Final Look At Apple iOS 7 Compatibility Ahead Of The Public Launch On Sept. 18
Nothing found :(
Try something else