You are using an outdated browser. Please upgrade your browser to improve your experience.
by Bryan M. Wolfe
September 10, 2013
Apple is now welcoming iOS 7 apps from developers. This comes just moments after Cupertino released iOS 7 GM on the Apple Developer Site. On a special page under the headline, “Submit your iOS 7 apps today,” Apple states:

iOS 7 will soon be in the hands of hundreds of millions of customers. Reimagine your app’s interface with the clarity, translucency, and depth of iOS 7. Integrate APIs for AirDrop, multitasking, games, and camera, as well as new APIs that take advantage of the powerful new capabilities of iPhone 5s.

Meanwhile, Apple has posted a new guide for developers detailing the process of transitioning apps for use on the 64-bit A7 processor found on the iPhone 5S. The guide is only accessible to current developers. Apple plans on releasing iOS 7 to the public on Wednesday, Sept. 18. 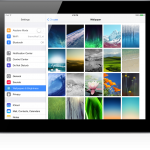 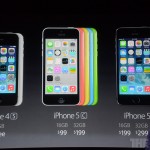 Miss The Keynote? Watch Apple's Video Of The iPhone 5C And 5S Event Now
Nothing found :(
Try something else