You are using an outdated browser. Please upgrade your browser to improve your experience.
by Bryan M. Wolfe
September 26, 2013
Sometimes we forget just how big Apple has become, in terms of revenue, thanks to the iPhone. For this, we turn to a recent Bloomberg Businessweek report that looks at how big “iPhone, Inc.” would be compared to other companies around the world. During the last four quarters, sales for the iPhone only surpassed that of Home Depot, Microsoft, Target, Goldman Sachs, Amazon, PepsiCo, Comcast, Dell, Google, Pfizer, and UPS. 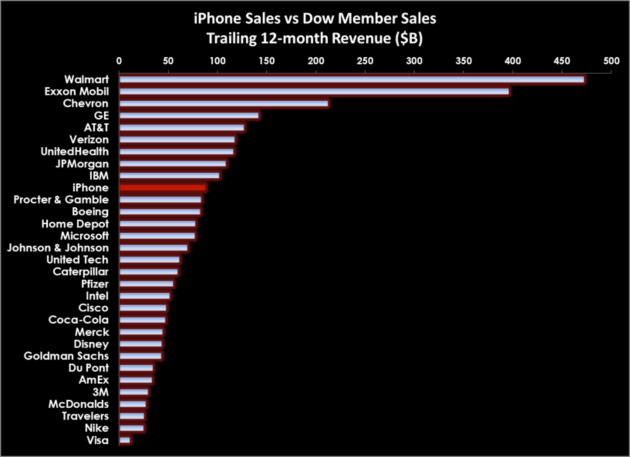 Were iPhone, Inc. a separate company and part of the Standard & Poor’s 500-stock index, it would outsell 474 of those companies. As one of the 30 component companies in the Dow Jones industrial average, iPhone, Inc. would rank No. 9 in total revenues. 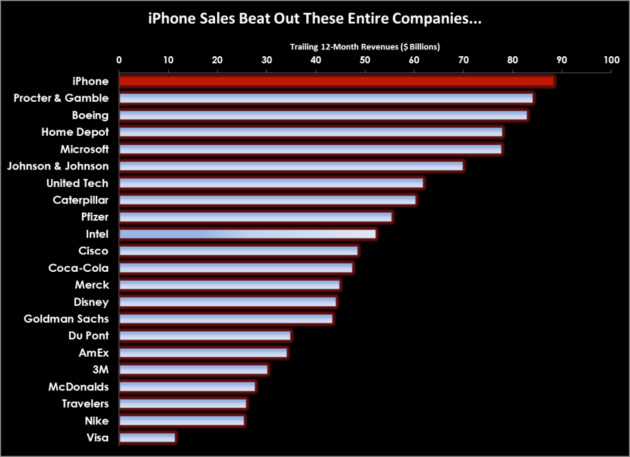 Finally, the report notes that iPhone sales during the past four quarters ($88.4 billion) led everything else sold by Apple. These include the iPad, Mac laptops and desktops, and iTunes, which combined brought sales of $81 billion. Amazing numbers, no? See also: An Equal Number Of iPhone 5s And iPhone 5c Units May Have Been Sold During First 3 Days, Apple’s Quarterly iPhone Sales Could Top 34.5 Million Units, and Apple Announces Its First Weekend iPhone Sales: Best Launch To Date. 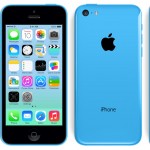 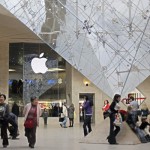 France Has Opened An Investigation Over Apple's Contracts With Operators
Nothing found :(
Try something else