You are using an outdated browser. Please upgrade your browser to improve your experience.
by Bryan M. Wolfe
September 27, 2013
Martha Stewart clearly wants everything in her life to be perfect. When that doesn't happen, watch out. In a series of tweets this week, the domestic goddess complained bitterly about Apple’s customer service. Her iPad, which was given to her by Steve Jobs, was broken and she was angry that Apple hadn’t done anything about it. The result is worth a chuckle or two to end the work week. Stewart’s rants started soon after she dropped her iPad on the ground, which “shattered two glass corners.” She wondered, “does one call Apple to come and pick it up or do I take it?”

I just dropped my iPad on the ground and shattered two glass corners. What to do?does one call Apple to come and pick it up or do I take it? — Martha Stewart (@MarthaStewart) September 25, 2013

Evidently, she thought the former and when that didn’t happen, her concern only grew. She did have time, however, to dream up a new service called Apple Now.

I am still waiting for an apple rep to come pick up my IPad. No action yey — Martha Stewart (@MarthaStewart) September 26, 2013

Maybe I have had a good entrepreneurial idea? Apple Now? Like same day delivery from Amazon? I think I am on to something. Same day fixit!!! — Martha Stewart (@MarthaStewart) September 26, 2013

This is when Apple’s PR department got involved, obviously unhappy that Stewart was complaining to her 2.8 million followers about her woes.

i cannot believe that Apple Public Relations is mad at me for tweeting about my Ipad and how to get it fixed! steve jobs gave it to me! — Martha Stewart (@MarthaStewart) September 27, 2013

And then, the laughs began. First, c. noted, “Peasants like me have to go to the store. Now I feel poor.” Drunk Ina Garten concurred, saying “Just have one of your SERVANTS fix it, obviously.” Perhaps the funniest comment came from Mark Leggett who asked Stewart to “please check your bank balance. You might be surprised to discover that you have enough money to buy a new iPad.” In the end, Stewart toned it down (no doubt, finally realizing that she looked like a fool), and said that she would “deal with it all silently and hope that apple will fix everything so I can function again with proper tools.”

So is it time to put out the fires and admit I was just pissed off at the fact my precious ipad shattered and I wanted to make light of it?? — Martha Stewart (@MarthaStewart) September 26, 2013

The last we heard, the Apple Now truck still hadn't pulled up to the front of one of Stewart's estates. 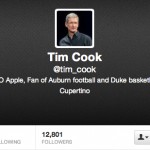 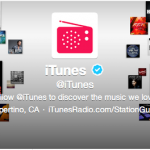