You are using an outdated browser. Please upgrade your browser to improve your experience.
by Bryan M. Wolfe
October 2, 2013
Through June 30, U.S. non-financial companies held $1.48 trillion in cash. Of that, 10 percent belonged to Apple, according to The Wall Street Journal. Apple’s $147 billion is nearly double that of its closest rival, Microsoft, which is sitting on $77 billion. Rounding out the top five are Google, Cisco, and Pfizer. The top 50 holders accounted for 62 percent of the total, which rose 2 percent year over year, and 81 percent since 2006. These numbers come from Moody’s review of the more than 1,000 companies it rates. With $515 billion, the technology sector has the biggest share of cash in the bank. Health and pharmaceuticals followed with $146 billion. Moody’s notes that much of this cash is piling up in offshore accounts for tax purposes. They estimate that 61 percent of the total, or $900 billion, is located outside the U.S. so the companies can avoid paying a corporate tax rate of 35 percent. They state, “In the absence of tax reform, we expect overseas cash to continue to grow.” Apple is likely to add to its reserve when they announce fourth quarter earnings later this month. See also: Phil Schiller Calls Out Samsung’s Benchmarking ‘Shenanigans’ On Twitter, Apple Is Once Again The World's Most Valuable Company, and Apple Announces Record iPhone Sales During Its Third Quarter. 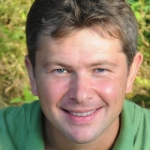 Apple To Fix Widespread iMessage Issues On iOS 7 With Upcoming Software Update
Nothing found :(
Try something else