You are using an outdated browser. Please upgrade your browser to improve your experience.
by Bryan M. Wolfe
October 15, 2013
Nike has announced its latest fitness-oriented wristband, the Nike+ Fuelband SE. The second-generation wearable looks a lot like the previous version. In this case, however, it comes in black with crimson, pink, or yellow. According to 9to5Mac, the new band will be more water-resistant, and connects to devices via Bluetooth 4.0 Low Energy (LE) technology. The band is still based around Fuel points, which is Nike's abstracted version of activity quantification, according to The Verge. See also: Apple Hires Another Key Nike+ FuelBand Designer, and Key Nike+ FuelBand Developer Jay Blahnik Joins Apple Reportedly To Work On iWatch. 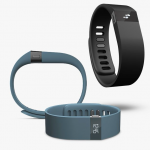 The Fitbit Force Fitness Band Is Now Available For Order 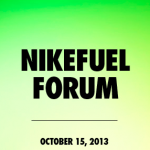 The Next Generation Of Nike's FuelBand Could Be Right Around The Corner
Nothing found :(
Try something else