You are using an outdated browser. Please upgrade your browser to improve your experience.
by Daniel Celeste
October 30, 2013

Circles and contacts do not always mean Google+, and NightStudios is trying to prove this with the upcoming release of their app Circles - Contacts and Groups Manager.

Just like many of iOS' native apps, not all users are satisfied with the Contacts app. Although I am an iPhone user, I did have an affair with Windows Phone for almost a year, and I must say that the contacts management system built into the OS is much better than what Apple has to offer.

Circles appears to be bringing a similar experience, full of groups and tightly integrated social networking, to iOS devices. The app will be based not only around contacts, but tying them into Facebook and Twitter. Most importantly, users will be able to create groups called — wait for it — "circles" in order to keep their address book organized.

The app is expected to drop in early December of 2013, but in order to make sure that Circles is as perfect as can be, NightStudios is looking for beta testers. They prefer users who have Facebook and Twitter so they can test the whole experience, but an account on at least one of those networks is required. Testers must also own a device running iOS 7.0 or later.

If you would like to be a part of the beta testing team, head over to the app's website. For their contribution, all participants will be able to use Circles for free once it officially launches.

As always, we will keep you posted when the release of Circles arrives. 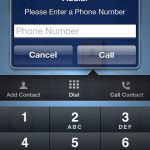 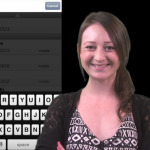 AppAdvice Daily: Best New Apps Of The Week
Nothing found :(
Try something else